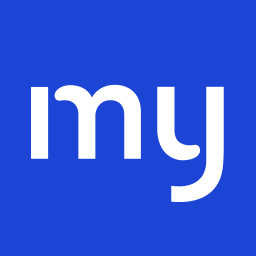 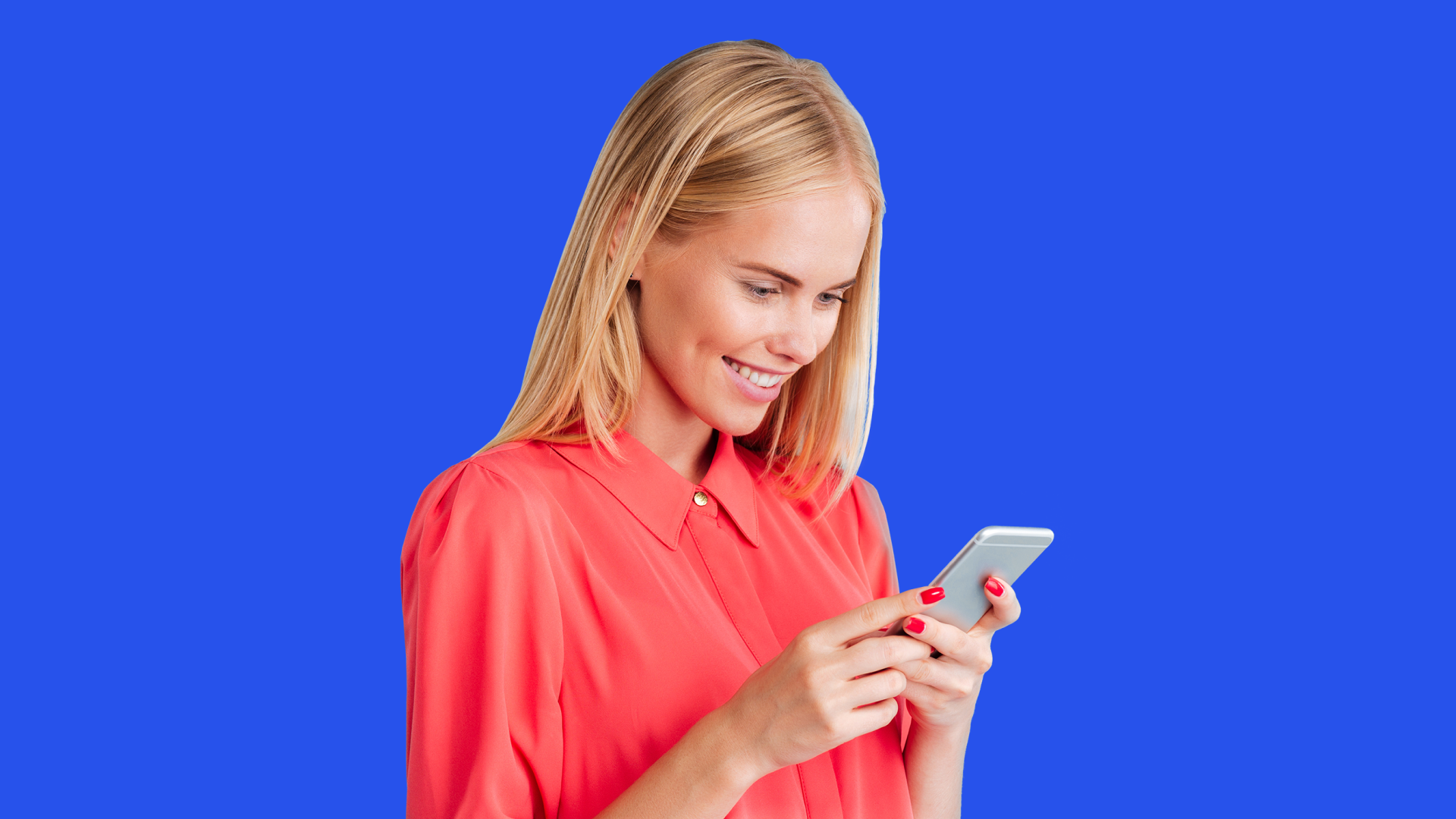 Definitive research study shows genes contribute only 5-10% to a person's chance of developing a disease.

VANCOUVER, British Columbia, Dec. 18, 2019 (GLOBE NEWSWIRE) -- Molecular You Corp announces the publication of a new research study led by one of its chief scientists, Dr. David Wishart, which challenges some of the fundamental assumptions of genetic research.

The paper, “Assessing the performance of genome-wide association studies for predicting disease risk,” demonstrates that variations in an individual’s genetic code contribute far less to disease risk than expected. In particular, these new findings indicate that variations in the genetic code, or SNPs (Single Nucleotide Polymorphisms), contribute only 5-10% to a person’s chance of developing a disease. This challenges the assumptions of most genetic researchers and the claims of many consumer genetic tests, which have asserted that genes contribute significantly to human health and disease.

Genes act as the templates for manufacturing proteins that make up the structural and functional foundations of human biology. When a variant or mutation (SNP) in a gene occurs, it can affect the structure and function of the proteins and has been demonstrated to lead to rare disease states. SNPs are also known to contribute to human traits and features such as eye color, hair texture and height. Each person has hundreds of thousands of different SNPs, all of which contribute to their uniqueness.  It has long been assumed that SNPs control not only our physical appearance but also our likelihood of developing disease.

Genome-wide association studies (GWAS) explore the associations of SNPs and their corresponding genes to human disease. For decades, genetic researchers around the world have used GWAS to search for causative genes and the associated SNPs that are singularly responsible for common diseases such as cancer or diabetes. The hope was that once those genes were identified, drugs could be developed to target those disease-causing genes. However, although many hundreds of millions of dollars have been poured into GWAS research, very few (if any) disease-causing genes have been found. This prompted Dr. Wishart’s team to look into the reasons why.

By compiling data from hundreds of genetic studies on human disease and developing mathematical models to assess the predictability of different combinations of genes and SNPs that lead to disease, Wishart and colleagues found that most SNPs (and therefore most genes) actually contribute very little to common diseases. In other words, it is highly unlikely that continued efforts along these lines of research will uncover disease-causing SNPs.

“Our destiny is not in our genes.”

An entire industry has been founded on the assumption that genes or SNPs can accurately predict a person’s disease risk. The global Direct-to-Consumer genetic testing market was valued at $831.5 million USD in 2018 and is expected to grow to $2.5 billion in 2025. This new study shows that the basic rationale for genetic testing for disease-risk assessment is flawed. Most diseases such as cancer, Alzheimer’s and diabetes have a genetic contribution of just 5-10%. As Dr. Wishart said, “Our destiny is not in our genes.” According to Dr. Wishart, other contributions, such as diet, lifestyle, age and exposure to chemicals or microbes contribute far more to a person’s health and disease risk. These contributions can be much more accurately measured using metabolite and exposure analysis—two fields of molecular profiling offered by Molecular You.

About the research study

"The science of metabolite, protein and environmental exposure analysis has been the foundation of Molecular You health assessments from its inception.  Not only do these analyses provide more accurate health, fitness and nutrition insights they also guide in the actions that should be taken by an individual to get better and mitigate risks."

The peer-reviewed report, published in PLoS ONE on Dec 5, was written by a team from the University of Alberta Department of Biological Sciences and Department of Computing Science, led by Dr. David Wishart. The study calculated the contribution of multiple SNPs from hundreds of published GWAS for dozens of different diseases and conditions. It is the most comprehensive such study in the history of GWAS science.

As stated, the study found that the majority of diseases or conditions examined (cancer, diabetes, Alzheimer’s, etc.) have a genetic contribution of 5-10% (measured by heritability or their area-under-the-receiver-operator-curve or AUROC).  The exceptions are Crohn's disease, Celiac disease and Macular Degeneration, which have a genetic contribution or heritability of about 40-50%. The findings of this new research study are consistent with extensive twin genetic studies indicating that individuals with identical genetic makeup do not have identical risks of developing a particular disease.

“The aim of the study was to get a solid, fair and impartial reading of the contribution of genes to human disease risk,” said Dr. Wishart, University of Alberta Distinguished Professor, founder of the award-winning Metabolomics Innovation Centre (TMIC) and CIO and Co-founder at Molecular You. “What this research tells us, in practical terms, is that if you want to know your health risks you should look primarily at more functional biological readouts through metabolite, protein and environmental exposure testing – and less at genetic testing.”

“Low-cost genetic testing is ubiquitous but offers little in the way of predictive measures of our health, nor does it offer guidance as to how to improve it,” said Dr. Rob Fraser, CEO of Molecular You. “This solid, large-scale research study demonstrates the limitations of genetic testing. The science of metabolite, protein and environmental exposure analysis has been the foundation of Molecular You health assessments from its inception.  Not only do these analyses provide more accurate health, fitness and nutrition insights they also guide in the actions that should be taken by an individual to get better and mitigate risks. One’s lifestyle, fitness, diet, living conditions and gut health are modifiable. In taking personalized actions, one can reverse or prevent many diseases. What’s more, the effect of these actions on an individual’s health can be measured and further refined using technologies developed at Molecular You.”

Molecular You is a personalized digital health company with a mission to deliver true precision health on a single platform that empowers individuals to take control of their health. The company’s flagship AI-assisted digital health platform generates personal health assessments and lifestyle Action Plans through a visually intuitive dashboard based an individual’s multi-dimensional blood biomarker data (metabolites, proteins, nutrients, environmental exposures). Molecular You is the company’s smart phone app that helps customers conveniently track their progress and stay engaged with their lifestyle Action Plans on an ongoing basis. 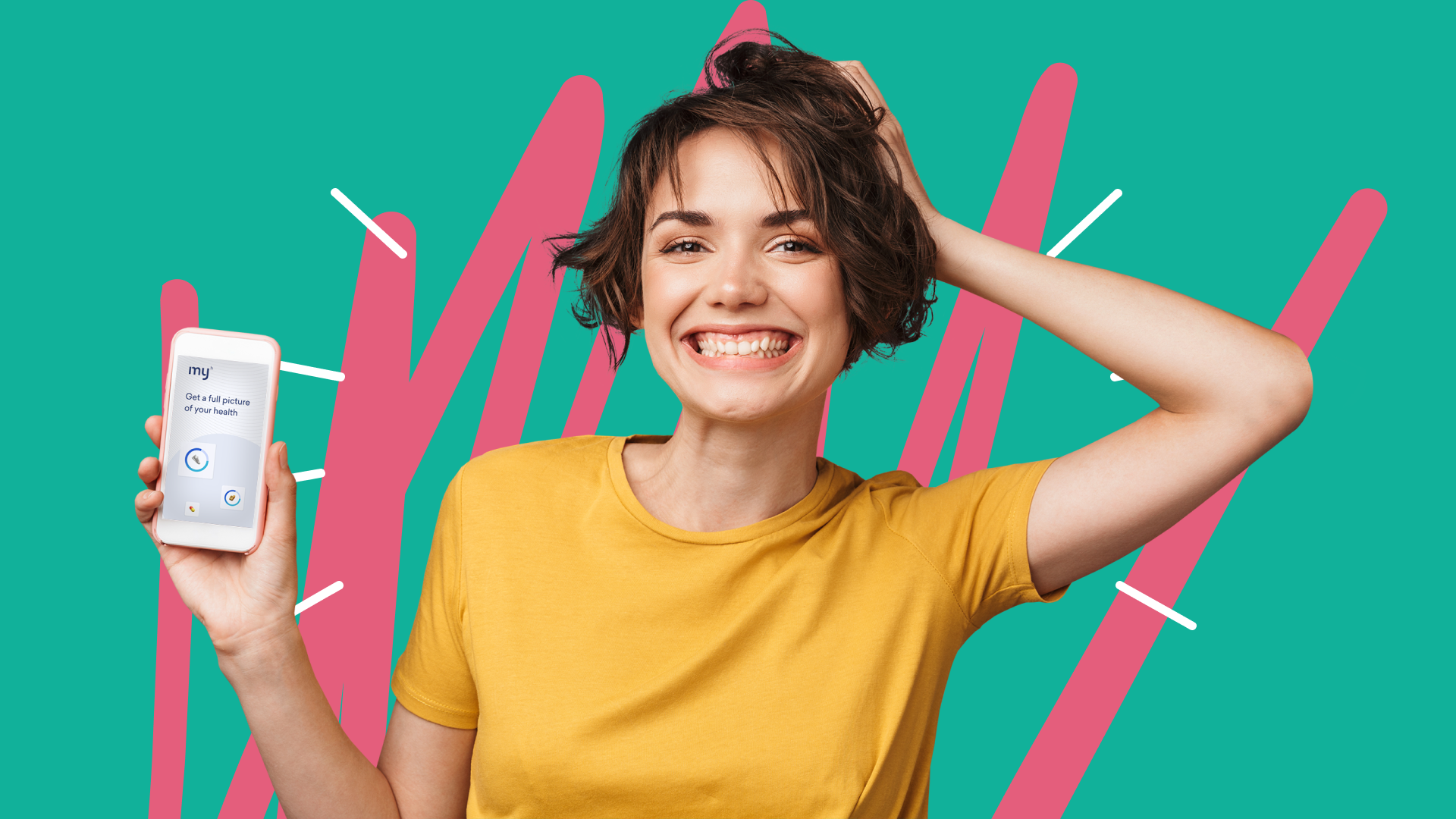 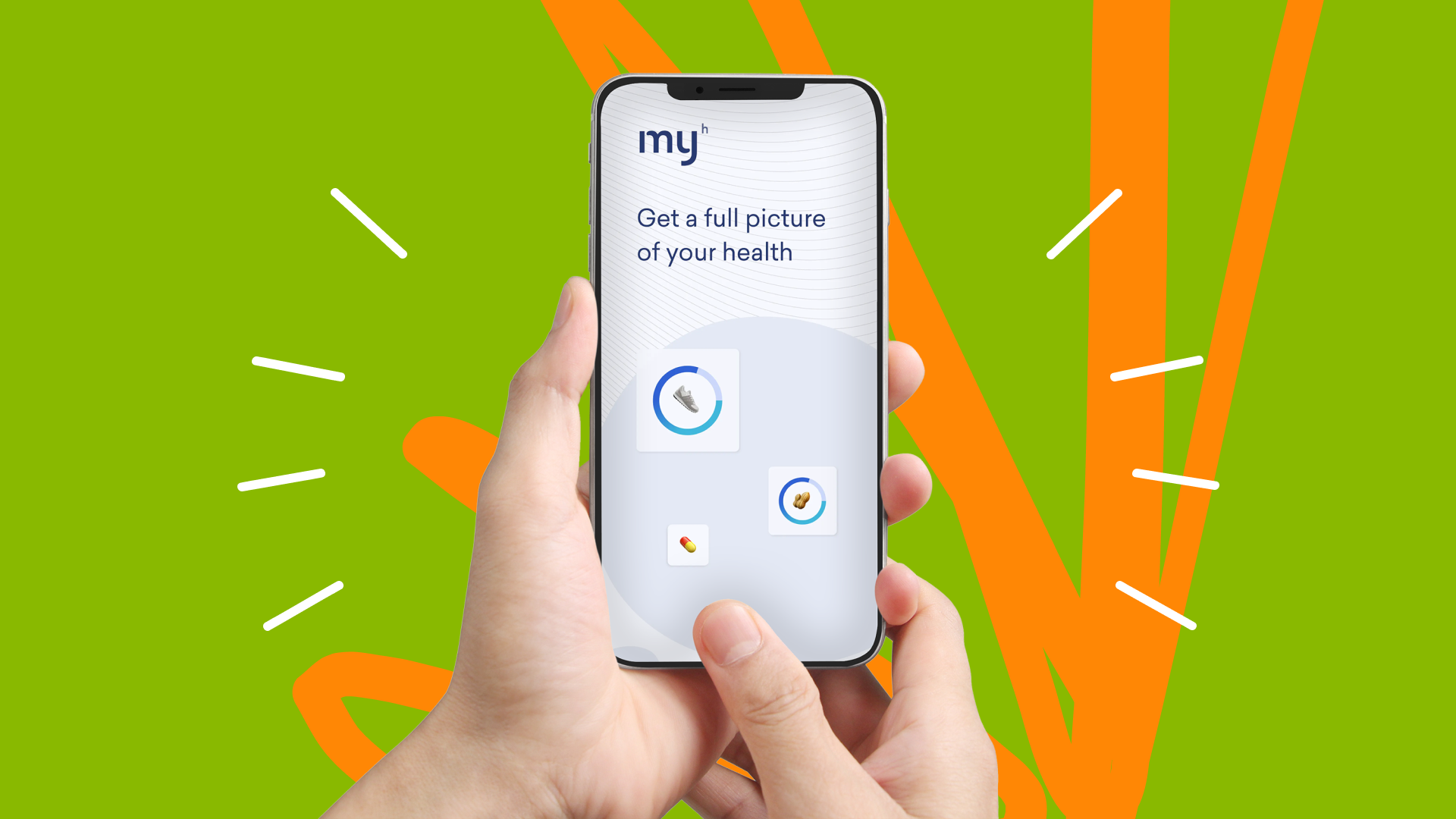 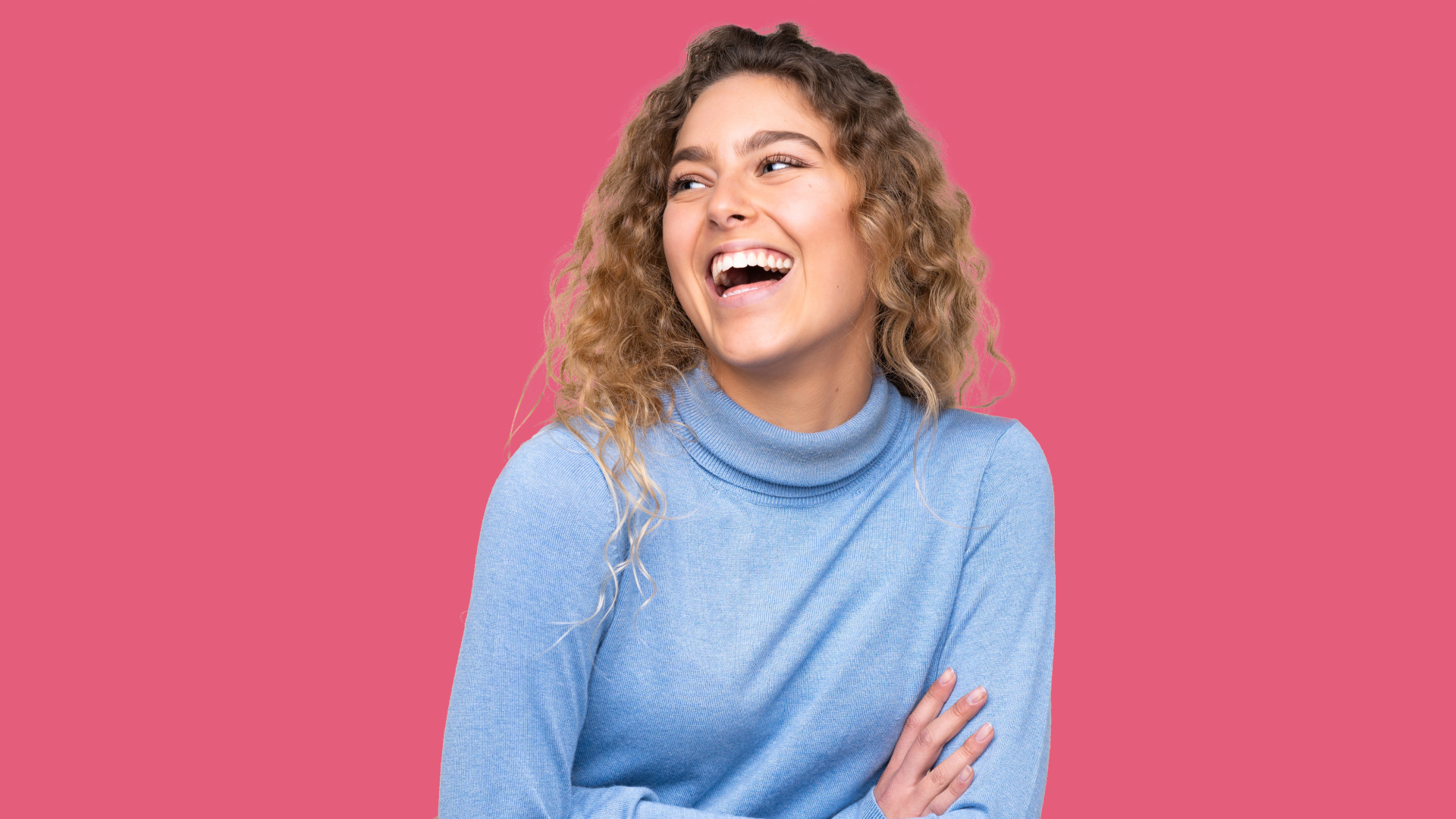 ArticlesSupport
Thank you! Your submission has been received!
Oops! Something went wrong while submitting the form.